One Is the Loneliest Number... 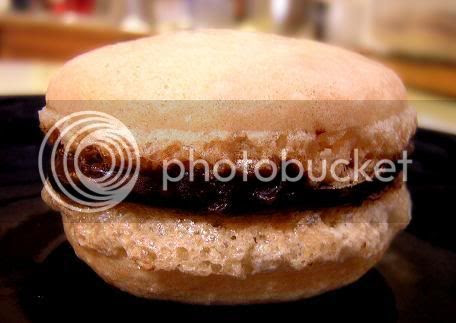 One is the loneliest number indeed. It’s also the number of macarons that turned out reasonably well from the entire batch I made today. I don’t know why I became so obsessed with macarons, considering I’ve never actually eaten one other than my own failed attempts… Actually, yes I do know where this obsession developed, it’s the bloggers faults. Prior to blogging, I’ll admit it, I had no idea what a macaron was, (other than those coconut blobs that are nothing special), I didn’t even know who Pierre Herme was (gasp!). But then one day I started seeing these delicious looking sandwich cookies popping up all over the place. The more I saw, the more I wanted to see. I started looking for them and realized that macarons practically have their own cult following and without even tasting one I jumped on the bandwagon. That is the power of foodporn. If you don’t believe me, just check out the amazing creations made by Helene of Tartelette. Or go visit Bea at La Tartine Gourmande who, on her very first attempt at macarons, opted for such innovative combinations as Matcha Tea and Chocolate Macarons and Cardamom, Wattle Seeds Macarons with Orange Filling, (I’m still beyond impressed by this). And if you’re still not sure about macarons, have a look at this post by Eggbeater, who waxes poetically about Pierre Herme and his out-of-this-world delicacies. 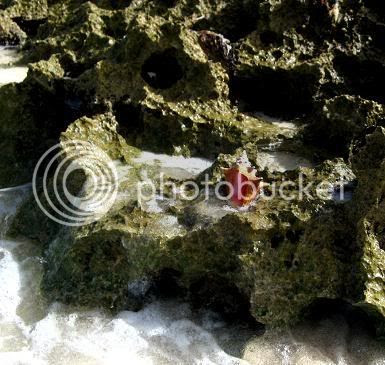 As my obsession developed and as I saw the variety of flavour combinations that were being created, I shied away from making my own macarons as I thought they were out of my league. Apparently I should have stuck with that thought. Instead, I saw a recipe in Nigella Lawson’s How to Be a Domestic Goddess for chocolate macarons and decided that I would give those a try. Nigella made it sound so easy, but as I now know with Nigella, she lies! Back in September I wasn’t so wise to her schemes, but as I reread that entry now, I see that it was a prediction of things to come. As I wrote at the time; “Then came the macarons, a.k.a. the downfall of the day.” I was so disappointed with that attempt at macarons that it has taken 5 months for me to gather up the courage to make them again. I was spurred on by two things: 1- A recipe for Black and White Macarons from Michel Richard’s book Happy in the Kitchen, whom I trust far more than that Lawson character. 2- Stephanie of Dispensing Happiness had chosen a Black and White theme to Blog Party #18. Well, if that wasn’t a sign, I don’t know what is. 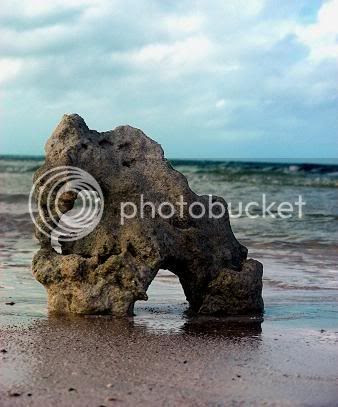 I got into the kitchen and got down to business. Things were going really smoothly, the recipe was easy and it didn’t take very long either. So why did I fail, yet again, at making macarons? It all boils down to Cute vs. Big. In the Cinnamon Bundt cake episode of Cute vs. Big, Big won. Those mini bundt cakes may have been cute, but the colossally big bundts were the clear winner. Cute vs. Big is a constant struggle in my world. As much as I want to hate cute little things, (because I can’t be one of them) I must acknowledge the fact that some things need to be little and cute in order to work. Macarons fall into this category. Michel Richard told me to pipe two trays of 28 cookies, I ended up with one tray of 24. Ummm… yeah. So it really should have come as no surprise to me when my macaroons were ugly. The taste was good and the recipe would have been a success had I of swallowed my pride and piped little macarons instead of big ones. In fact, the only reason I had one macaron, (one is the loneliest number…) turn out properly was because it was the last two cookies that I piped onto the tray and I ran out of meringue, thus making them significantly smaller than the others. Aside from that one cookie sandwich, which is by no means perfect, but at least acceptable, all the rest are unfit for photographing. They’re misshaped, bumpy, cracked and anything but a smooth, round macaron. I’ve failed again. But I’m learning. I’m actually pretty certain that I could succeed if I made macarons a third time, it just might take me 5 more months to do it… 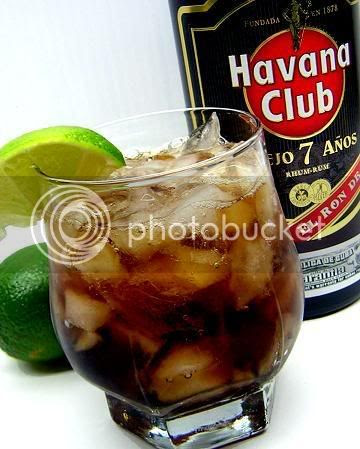 To soothe my sadness after another bungle, and to fulfill the Blog Party requirements of bringing a nibbly and a drink, I poured myself a Cuba Libre. I didn’t make this one up, it’s a real drink! I was trying to think of something to fit the Black and White theme, but I came to the conclusion that not many drinks fit the category. Milk is white, but that’s not fun. The first alcoholic drink that came to mind was a Black Russian. But then I remembered I don’t really like vodka and I was all out of Kahlua, so that put the kibosh on that. Seeing as though I’ve got Cuba on the brain lately, (your bonus pictures are both from Cayo Coco, I had to take a picture of the conch shell because you can’t take them home with you) a Cuba Libre was an excellent choice to bring to the party.

My apologies to Stephanie, I’m only bringing that one macaroon, you’ll have to cut it up into tiny pieces to share. Rest assured though, I brought lots of rum to make up for it.

Only one, but so sweet and cute. Everyone at the party can have a tiny taste. Next post will be 'third time's the charm', right?

I admire the fact that you keep trying! One of these days the entire batch will turn out perfect. In the meantime, I think rum sounds like a great idea!

Your macaron looks beautiful! I am obsessed with these too, I think I will try making some when I get back from my vacation.

If it's any consolation, the one you've photographed is adorable!

I'd be happy with one perfect! Not that I'm about to try macarons mind you. Right now I'm sticking with my cornmeal obsession.

Try and try again until you get there should be the way to to go!:)
Looks good though.I have made Coconut Macaroons and they were easy just egg whites and sugar added!:)

I love cuba libres! In fact, I am working on something cuba libre inspired....

I don't fancy macaron :D... but cuba libre, double up!

at least you're brave enough to attempt macarons. i'm not sure i'm ready for that yet. soon though.

enjoy your havana club! i see you brought back the 7 year anejo. i brought back a few bottles of anejo blanco when i was in cuba a couple summers ago. what a great country!

I think you're macaron looks great! Wish I could take a bite ...

But good for you for being positive and expressing your "positivity" with that drink!

Okay.. so I'm thinking our next challenge should be macarons. We could keep calling Helen throughout the whole ordeal.. I'm voting for them next time - cuz yanno, 3rd time is always the charm, yes? ;)

But here is a comforting thought - soon I will be posting my latest chocolate cake effort.. Trust me, you'll feel better about your macarons.

step away from the nigella!!!!

I love this macaroon, I became strangely obsessed by macaroons after tasting my first one this weekend. It was stunning! And yours looks stunning also!