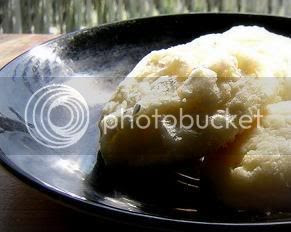 There has been a bag of key limes sitting on my counter for quite some time. Mom bought them and then proceeded to drop hints about wanting a key lime pie. However, she had been hinting for even longer that she wanted a sour cherry pie and since I had just made one of those, and there was still a slice of it left, I didn’t feel like making another pie quite yet. Dad also kept pointing out that there were key limes on the counter, but contrary to Mom he didn’t seem to want a pie, only to point out that buying them was a waste because no one was ever going to do anything with them. I decided to attempt to strike a compromise between the two- I would make something with the limes, but it wouldn’t be a pie.

Since I wasn’t making a pie, I didn’t want to make a cake either. I didn’t want something that I would eat in slices that were much larger than necessary, just for the sake of finishing it. I needed something that had built in portion control. I turned to the internet for a recipe and after a little browsing I came to the conclusion that the only reason to buy key limes is to make a key lime pie. But I had made my decision and I was sticking to it, there would be no pie. Eventually I came across a recipe for key lime pie cookies. That was good enough for me, à la cuisine. Apart from having to hand squeeze the key limes, these cookies were really easy to make. The limes were definitely a pain though, they’re dinky little things and kept rolling away on me. Once the juice was squeezed the actual mixing and whatnot was quick and these cookies were in the oven in no time. To be honest I didn’t really have much confidence in these cookies. They looked sort of plain and I wasn’t sure that the flavour would be all that interesting. I’m not sure if it was because I had such low expectations or because they’re actually good, but I really liked how the cookies turned out. They’re light and airy, melt in your mouth and have a pretty intense key lime taste.
Easy as pie.

Directions:
Preheat oven to 350 degrees F (175 degrees C) and cover baking sheets with parchment paper. In a large bowl, cream butter, sugar, egg, and egg yolk until smooth. Stir in lime juice and lime zest. Combine the flour, baking powder, and salt in another bowl; blend into the creamed mixture. Form dough into 1/2 inch balls, roll them in confectioners’ sugar and arrange on the prepared cookie sheet.
Bake 8 to 10 minutes in the preheated oven, or until the bottoms are lightly browned. I found it better to take them out a little early and keep them on the tray to finish for a couple minutes so that they didn’t get dark. Cool on wire racks. Makes about 30.

Labels: Baking, Cookies, Fruit...sort of, Sweets of All Kinds

I don't think I can get key limes here but I do have a bunch of regular limes on hand. I was thinking of trying to make some lime sherbet but now I'm thinking these cookies look pretty good...

What a wonderful idea to compromise!

Nicole- maybe you could make both and then turn them into lime sherbert cookie sandwiches?

I made some yummy key lime bars :)