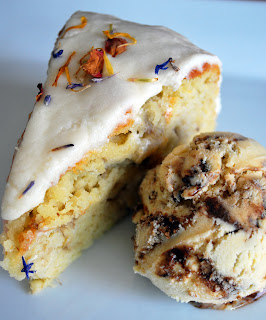 During my second year of university, I lived in a house that was full of primarily varsity basketball players, (of which, I was one).  I lived in the basement with two other girls from the women’s team and on the first floor there were three guys from the men’s team.  We each had separate entrances so you had to go outside to enter each other’s apartment and talk to each other in person.  There were many times, however, that instead of going outside and around the house to communicate with the guys, we’d just yell through the vents.  The house wasn’t very soundproof so we could easily have entire conversations without leaving the comfort of our own apartments, (this was especially useful during the winter).  There was one thing that would make me go upstairs though and that was Mariokart. 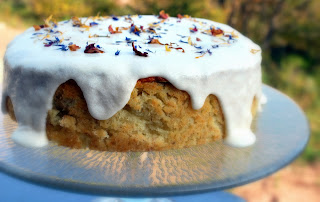 In my younger days I was a pro at Mariokart on Super Nintendo.  I was confident that no one could beat me, whether it be on Rainbow Road or in Battle Mode, I dominated.  But my expertise was limited to Super Nintendo.  I never advanced past that gaming system.  When Nintendo 64 came out, I didn’t jump on the bandwagon and left my game playing days behind me.  Or so I thought.  Enter Kenny.  Kenny was one of the guys who lived upstairs and he had a Nintendo 64 and Mariokart.  We were hanging out one day and somehow Mariokart worked it’s way into our conversation, (as it does…) and I started shooting my mouth off about how good I was at it.  Well Kenny immediately challenged me to prove it and so we wandered upstairs to have a match. 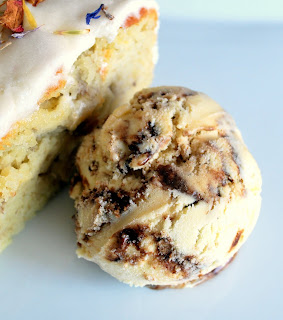 I wrongly assumed that since I was an expert at Mariokart on SNES, I would also be an expert on N64.  I wasn’t ready for a controller with a dozen extra buttons and a rumble pack and all sorts of new things.  On our first round, Kenny destroyed me with bananas.  He would litter the track with them and shout “There are ‘nanners all over the track!” and I would steer my way into most of them, spinning out and ultimately losing race after race.  Gradually I got somewhat better, but Kenny and his bananas continued to get the best of me.  We had many rematches after that, usually sparked by Kenny yelling down the vent “Bri! Nanners! Briiiiiii!” and me bounding up the steps.  Ever since those days, I can’t help but think of Kenny and ‘nanners all over the track whenever I start to bake with bananas. 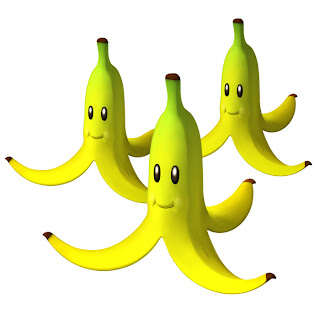 Preheat oven to 180C. Lightly grease and line a 20cm round cake pan with baking paper. Using an electric mixer, beat butter, sugar and vanilla until pale and creamy. Add eggs, 1 at a time, beating well after each addition. Using a large metal spoon, gently fold in cream, milk and banana. Sift flour and baking of soda over batter and gently fold through.

Spoon batter into cake pan and smooth.  Bake 50-60 minutes or until a skewer inserted into the centre comes out clean.  Stand for 5 minutes before turning out onto a wire rack to cool.

*****Mindfood suggests a sour cream and white chocolate icing which I should have made, but I used a sour cream, icing sugar and butter recipe instead.  It turned out ok, but not amazing so I’m not going to post that.  To make the cake look pretty I sprinkled it with dried edible flowers and served it with a Brown Sugar Balsamic Swirl ice cream from Bon Appetit, which was pretty awesome and deserving of a post all to itself.
Posted by Brilynn at 5:29 p.m.

Labels: Baking, Fruit...sort of, Ice Cream, Sweets of All Kinds

Yeah, Mariokart! What a happy memory to have attached to bananas. I'm picturing a banana birthday cake decorated as a Mariokart track.

What a delicious looking cake. The flowers add a nice touch.

haha! I was a champ at N64... but as soon as all those other Gamecube/PS2 consoles started coming out I hung up my red controller and bowed out of the game.

I've never been all that good at video games, but I always love to play a good game of Mario Bros., these days mostly on my kids' Nintendo DS. The cake looks fantastic!

The cake looks delicious and so does the ice cream, so together they must have been amazing!

This cake looks amazing - sour cream and 'nanas is an awesome combination.

I was never really into video games, but I was always up for a round of Mariokart! this cake looks absolutely delicious!

I just want to say that you have the best blog in the world. i love it. im hungry now. Also, i see that you are a mariokart fan..you DO know that I have mariokart on the WII right??? Please tell me you played it when you stayed at my place??? if not, you should come over sometime. judy

Beautiful cake! I promise, I've stopped by in the past month or so and that May 2009 Rhubarb post was up...don't know why I didn't see all your new posts. Hope things are going well since your return from New Zeland...which looks like it was absolutely wonderful!

what a lovely presentation! this dessert looks delicious :)

Of course, bananas and ice cream are common foods but I'm not familiar with Mariokart. Good thing you've shared here your recipe for the cake. Thanks! My family will surely love it.

Banana is very good and healthy. That looks simple and yet delicious.

Enjoying reading your blog here. Happy holiday shopping to you and your blog readers.

What a great memory from college.

Bananas and sour cream sounds like an amazing combination. Definitely worth giving it a try.


We bumped into your blog and we really liked it - great recipes YUM YUM.
We would like to add it to the Petitchef.com.

We would be delighted if you could add your blog to Petitchef so that our users can, as us,
enjoy your recipes.

Petitchef is a french based Cooking recipes Portal. Several hundred Blogs are already members
and benefit from their exposure on Petitchef.com.

To add your site to the Petitchef family you can use http://en.petitchef.com/?obj=front&action=site_ajout_form or just go to Petitchef.com and click on "Add your site"

it's so cold here and actually snowing but i'll take this. i love me some bananas in ice cream. perfect combination.

LOL, that's too funny about the bananas! From now on, baking with bananas will conjure up images of Mario Kart in my mind as well. Mario, Luigi, Princess Peach, Bowser, Yoshi...oh gosh, now I'm blushing.

Though Nintendo 64 is considered old school next to the Wii and other newfangled game systems, I can't help but think back on it with fond memories. :)