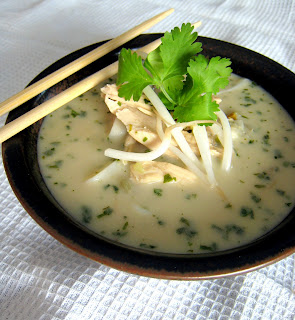 I was reminded over the holidays that I had stopped writing my blog.  It happened a few times, but the person who brought it up was usually my Mom.  When she did this, other people would feign interest and ask why I wasn’t writing anymore.  Not that they ever really read my blog in the first place, but apparently people become concerned if you stop doing something.  I haven’t stopped cooking, although my circumstances have changed once again.

I’m back in the city and working a new job and living in a teeny tiny condo with a random roommate I found on Craigslist.  Part and parcel with condo living is a lack of space, the biggest sacrifice for me being the lack of kitchen space.  Or the lack of a kitchen.  The room that houses the kitchen, (if you can call it that) is also the living room, dining room and my roommate’s office.  It’s just one room, the kitchen being one wall of that room, with no island or counter space to speak of.  I’m not exaggerating when I say I have about one and a half square feet of counter space, if that.  A portion of that counter space is taken up by a toaster and a paper towel holder.  I’d put the toasted somewhere else if there was anywhere to put it.  There are no drawers in my kitchen.

The only upside to all this is that despite the fact that I’m sharing this incredibly tiny excuse for a kitchen, my roommate doesn’t cook.  I will henceforth refer to him as Diesel, (as in Vin Diesel…) as he seems to consume little more than protein shakes and things that can be microwaved.  For example, he popped a frozen pizza in the microwave tonight and announced “Dinner is served in two minutes!”.  I proceeded to joke that that wasn’t real food.  He informed me that it was indeed real food and that he was in fact a balanced eater as he drinks his vegetables in the form of V8, occasionally eats a piece of fruit and has yogurt, which is healthy.  Diesel is the type of guy who lifts very heavy weights at the gym.  I consider him a personal alarm system for the condo.  He’s great really.  As far as random Craigslist finds go, I could have done much, much worse.  And I love that he doesn’t cook because it means more space for me and my kitchen gadgets, I just have to rearrange his jugs of protein powder sometimes… 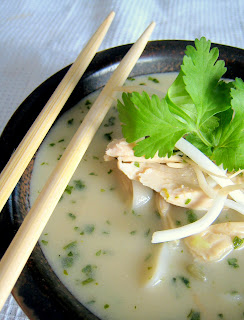 Speaking of kitchen gadgets, I had to downsize mine when I moved into the condo.  So I don’t have all my fancy baking pans, or my food processor, or more than two mugs, but I’ve got most of the basics.  Granted, my basics are very different from a lot of other people’s basics, like Diesel’s.  Prior to moving in I asked him what sort of kitchen stuff he had so that I would know what to bring and not duplicate anything as there’s no room for that here.  He told me he had all the basics.  I arrived to find exactly ONE pot and ONE pan, four plates, two mugs and a handful of cutlery.  There wasn’t even a cutting board.  Needless to say, I couldn’t live like that and somehow found room amidst the protein powder to stash my kitchenaid mixer and various other essentials.  I quickly ran out of room in the kitchen though and have devoted one of the drawers of my bedroom dresser to kitchen wares.

All of this to say that my cooking adventures have been somewhat subdued, but not completely squashed.  I’ve been baking for the people at work again and on the weekends I tend to cover the kitchen/living room/dining room/den with dishes as I make meals for the upcoming week.  One of the tastiest things I’ve made recently is this Vietnamese Chicken Noodle Soup from none other than the fabulous Dorie Greenspan.  Having finally acquired her most recent book, Around My French Table, for Christmas, I’ve gotten right into creating from it and this was the first recipe I tried.  I’m never disappointed by Dorie and this soup was no exception.  It was fresh and flavourful and everything you’d expect from something labelled Vietnamese.  And it was wonderfully warming on a cold and dreary winter day.
Posted by Brilynn at 7:53 p.m.

Welcome back, Brilynn. Even though the circumstances aren't ideal, I'm glad to see you creating in the kitchen again. I've actually made this soup before and it really is a winner. You can never go wrong with Dorie!

That looks very appetizing..I will have to check out Dorie's cookbook.

Hi Brilynn welcome back. Cant believe how great your blog is- my new food bible. Life all good here at sublime (goggle antandruthiebabe for a snapshot of our christmas)Still living on fridge dough and think of you everytime i go for the sugar in the pantry (often) Just about to make ceppelliate wish me luck..have to use those cherries some how. Happy new year from all of us Fenella X

Pho is an all time favorite of mine. I'll have to check out Dorie's cookbook as well. Thanks for the story and the apetizing photos

I really need to get my hands on that book! Everything I've seen from it looks amazing. And I admire you for cooking from such a small kitchen - I'd have a hard time!

As to people feigning interest... I think more people enjoy your blog than you think. I've been keeping up with it for a few years now and it was the first blog that inspired me to start baking and to start blogging as well. (Those vanilla cupcakes in fact) I didn't know anything about anything when I started reading your stuff. I was inspired to learn more by your funny recollections, beautifully pictured food and wild peoples and places... You have so much talent!