And You Thought I Was a Cabbage Patch Kid... 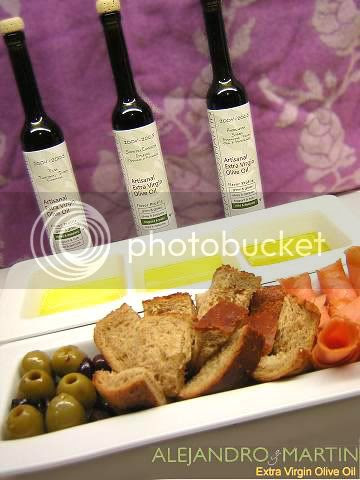 Fiber of 28 Cooks is hosting an event called Behind the Apron. So many foodbloggers post wonderful pictures of what they make, but we rarely have any idea who the actual person is that’s creating all of these goodies. In a way, I kind of like the anonymity, but it’s also nice to be able to put a name with a face, it makes it more personal that way. I’ve noticed that I’ve come to associate many bloggers with their profile picture, whatever that may be, and I’ve found that any picture, (real or not) makes it easier to connect bloggers to their blogs.

Photographs of an actual blogger, (as opposed to say, a cabbage patch kid) however, make this whole blogging experience a little more real. There are tangible people out there reading what I write, and I’m a (somewhat) real person writing it. Despite my curiosity to see what other bloggers look like, I was still hesitant about posting my own picture, but I thought I should make it clear that I’m not actually a cabbage patch kid. So, without further ado, here I am: 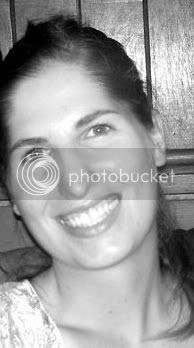 If you’d like to reveal yourself as well, and be included in the roundup, post a pic of yourself and send the link to Fiber at 28cooks AT gmail DOT com before January 31st. Now then, onto more important things- I’ve been meaning to write about this for quite a while. Back in December I received an email from Jeff of C for Cooking asking me if I wanted a free box of high quality, artisan olive oil from a new company called Alejandro and Martin. If it’s free, who am I to refuse, (thanks again Jeff!). So I went online to learn a little more about the company before my packaged arrived and I discovered that I would be receiving 4 bottles of olive oil, each from a different region and with their own distinct flavour. It sounded great and it tastes even better! The 4 flavours are: Mild & Delicate, (France) Fragrant & Fruity, (Greece) Olivey & Peppery, (Italy, and so far my favourite of the bunch, but they're all great) and Green & Grassy, (Australia). 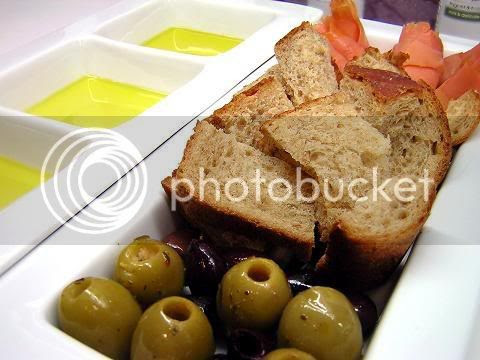 I was having people over tonight so I thought I’d share my good fortune and prepare a little taste test of the oils with dipping bread and some olives and smoked salmon. Since I was going to be using such good olive oil, I had to have good bread for dipping, (yes! Another bread post!) so I made a whole wheat loaf from the Good Home Cookbook. I don’t mean to boast, but my bread making is definitely improving, that bread was gooood, worthy of the olive oil! And if you’ll allow me to digress for a second, I’d like to tell you more about where the bread recipe came from. When I first received the Good Home Cookbook I wasn’t overly impressed. It’s not flashy, it didn’t have pictures and the recipes didn’t seem to have a lot of pizzazz, (and you know how I like pizzazz…). But as I took the time to really read the recipes and try some out, I realized that the Good Home Cookbook has a lot of good basic recipes, recipes that you use frequently such as the whole wheat bread I made today. This has been a case of “you can’t judge a book by its cover”, the Good Home Cookbook has a wide variety of recipes and so far they’ve been very good, give it a try. 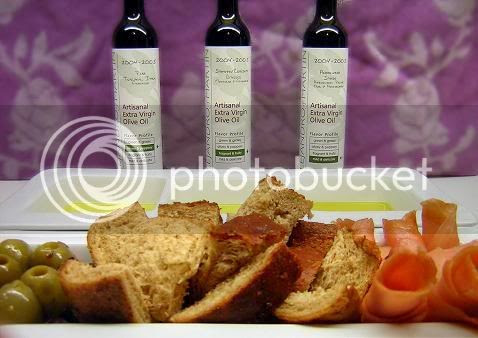 Ok, back to the olive oil… A HUGE thank you to Alejandro and Martin! The olive oil is excellent. In fact, I’m planning on making some homemade pasta next week just so I can douse it in olive oil. I have nothing but good things to say about both the company and their product. How’s this for customer service: When I placed my order, there was a problem with my visa card, (I just had to pay shipping, the $6 was well worth it) and I received a phone call from Alejandro himself to sort things out. I then received an email from Alejandro, letting me know that my order had been shipped. It’s that kind of friendly, personal service, that makes you want to want to deal with a company again and again. To anyone who has never had good quality olive oil, I highly recommend that you try some from Alejandro and Martin, it’ll change the way you look at olive oil.

1. Sprinkle the yeast over the water and set aside for 5 min, until bubble.
2. Stir together the butter, honey, molasses, and salt in a large bowl. Add the yeast mixture. Beat in the white flour, ½ cup at a time. Beat in 2 ¾ cups of whole wheat flour, ½ cup at a time, until the dough begins to pull away from the bowl.
3. Sprinkle the remaining ¼ cup wheat flour onto a work surface. Turn the dough out onto the flour. Knead for 5-7min, until smooth and elastic, adding more white flour if necessary until the dough is no longer sticky. Transfer to a large greased bowl, cover with plastic wrap or a clean cloth, and set aside at room temp to rise until double in size, 1-1 ½ hours. (I actually let it rise for 6 hours.)
4. Punch the dough down, let rest for a few minutes.
5. Return the dough to the work surface and divide in half. Form each half into a rectangle, roll it up, and pinch the ends and seam to seal. Place each roll, seam side down, in 2 greased 9 x 5 inch loaf pans. Flatten in the pans to fill evenly. Cover loosely and set aside at room temp to rise until dough reaches the tops of the pans, 45-60 minutes.
6. Preheat oven to 375F.
7. Bake for 35-40 minutes, until deep brown or until the loaves sound hollow when tapped.
8. Remove the loaves from the pans and cool on a wire rack before slicing.

lovely to put a face to a... blog. I might be joining the behind the apon challenge.

You look great and very happy, I´m guessing you took that pic at Cuba, while you were resting your feet on silky white sand hahaa

So envious of the free olive oil!

You are much better looking than a cabbage patch kid, and your bread look pretty good too.

Brilynn, you are gorgeous. Finally a face to the cakes hehehe! Somehow I feel 100 times closer to you now. I mean the cabbage patch was cute but you are cuter!

lovely olive oils and nice to put a face to the blog :)

I wish I recieved freebies - lucky you!

Nice to put a face to the author of this wonderful food blog. You are beautiful! Well, I'm sure you know how I look like, my face or part of my face is plastered on my blog header ;) .

Great to see you Brilynn!:) Well,you have already seen me right?Love the Olive oils and the Bread recipe too.
Hey!I like your Cabbage patch kid as well,not bad!!:D

You, my dear, are just beautiful!

Nice to see you - although I admit, I had you pictured a bit differently.. a lil rounder with tiny dimples and a head of yarn hair. But your picture is much better, indeed! :D

You have a mega-watt smile and twinkling eyes.

I love tasting different olive oils with really good bread. I've got to sign up for these free olive oils! ;)

Great looking bread, I have to say...
A big hug from Panama :)
M

You are much prettier than your baby picture~ right out of the cabbage patch!
I LOVE good olive oil~

Gorgeous photo Brilynn! It's so nice to match a face to your wonderful writing!

It's so nice to see a face behind the scenes of this great blog!

1) I've tried the olive oil too and it is fantastic. The customer service is top notch. I had a cork break in the bottle and Alejandro himself was the one to handle the shipment of a new cork!

2) I feel the EXACT same way about the Good Home Cookbook! I wasn't that impressed until I started trying out some of the recipes. I have had nothing but success with each recipe I've tried! It's a solid cookbook.

I love that I know the face behind the cabbage patch. Nice to "meet" you!

Hey - what a fab new look for your blog! I *love* it. And great post - nice to put a face to the name. Can I be invited next time you haul out the good oils - pretty please?!