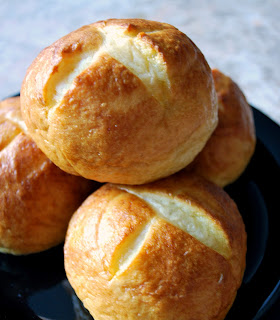 A number of people who I’ve talked to find it strange that I have a male roommate.  One of my coworkers said she would only live with girls and wouldn’t know how to deal with a male roommate who wasn‘t her boyfriend, (particularly one found off Craigslist).  Another person told me it was impossible for members of the opposite sex to live together platonically.  I disagree with both of those people.  For one thing, guys are far easier to live with than girls because in general, they’re pretty direct.  If there’s a problem in the house, they’ll just tell you about it instead of leaving a sticky note on the fridge and then avoiding you for a week.  And it works both ways, if something your guy roommate is doing is pissing you off, you can yell at them without worrying about hurting their feelings.  They’ll take it in stride, either fix the problem, (or not…) and move on.

Secondly, not only is it possible for members of the opposite sex to live together without being anything more than friends, it’s absolutely necessary.  When roommates date, it always ends poorly and generally results in someone having to move out.  It took me over a month of solid looking just to find a place to live and I have no intention of having to repeat that process because of something silly like dating my roommate.  Furthermore, I have a boyfriend who does not want to even entertain the idea of roommates dating.  He has nothing to worry about though, because my roommate Diesel doesn’t have a sweet tooth and doesn’t really care about food and that’s essentially in direct opposition to everything that I believe in.

When I first moved in I tried to be a good roommate and share some cookies that I had made.  I gave Diesel the cookies along with my rent cheque and he politely accepted them but didn’t seem too enthusiastic.  I thought maybe he just wasn’t feeling well.  But then on a separate occasion I baked some banana and chocolate chip muffins and left some with a note to help himself.  He didn’t touch them.  Another day I left cookies cooling on a rack, open for the taking and he couldn’t have cared less.  Eventually he told me he just didn’t have a sweet tooth and would rather have chips or a salty snack than baked goods.  At that point I considered moving out because I couldn’t possibly be friends with someone who would reject my baking.  I calmed down though and got over it, more for me. 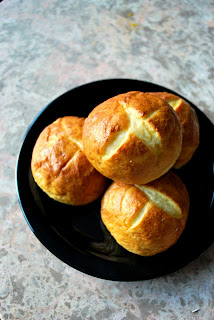 I thought maybe he would appreciate good savoury food at least, that is until I found out that his main concern with his meals was quantity over quality.  He told me he’d been to a few ‘fancy’ restaurants with multiple course meals and that he wasn’t very impressed as he always left hungry.  I suspect he’s a fan of All You Can Eat buffets.  When I made a roast chicken he commented that I could have just bought one already roasted at the supermarket for $9.99 so why bother making it at home?  When I bake bread he tells me they sell that at the supermarket too.  These comments are met with great sighs from me.  On the upside, however, it should leave my boyfriend feeling very confident that I will never, ever want to date my roommate.  I couldn’t even consider dating someone who wouldn’t appreciate the food I made for them and would rather order Dominoes than eat a homemade gourmet pizza.  And do I even need to go into detail about how much it would break my heart to try to date someone who refused my baked goods?  It’s the biggest insult I can think of.

So yes, it’s very possible to live with a member of the opposite sex and have a completely platonic relationship, it’s especially easy if you disagree on fundamental life basics.  These pretzel rolls are the only thing Diesel has eaten that I’ve made that’s elicited a bit of a positive response.  It went something like this: “Those bread things you made weren’t bad, but you know can buy bread at the store, right?.”  High praise.

I found the recipe for these pretzel rolls over at Sweet Pea’s Kitchen and she found them at Stresscake.  Make them and enjoy!
Posted by Brilynn at 8:34 p.m.

I can't wait to try these rolls! Very nice!

I guess it is good that Diesel isn't a foodie though I too would be hurt if he didn't like my baked items.

Yea! I am so glad that you and your roommate enjoyed the pretzel rolls. They are a favorite here in my house! I totally agree with you about not being able to date someone who does not appreciate good home cooking. :)

I will definitely make Platonic Pretzel Rolls for my beloved nieces. Especially that they love pretzels!

Just stumbled on your blog and I enjoyed reading your posts. I added you to my blogroll, hope you don't mind.

What a great post! I really just don't "get" people who don't care if it's homemade or store bought. How could you not appreciate homemade?! Crazy. Pretzel Rolls look awesome.

I have had male and female roommates... stick to the males, always. Life is better. I have also never had a non-platonic relationship with any of them, even if they liked my cooking and baking.

I love Diesel's name, he sounds like a tough guy who loves Seven Eleven and Home Country Buffet. Eventually he will appreciate that gourmet pizza over Domino's.

I just had to read this post when I read platonic pretzel rolls. I thought you were referring to the fact that they weren't twisted (or I guess maybe you still were?!)

the first time i decided i was going to live with boys instead of girls, i realized how brilliant it was and would never go back.

girls can be bitchy and mean. and they bring their creepy/sleazy boyfriends home. boy roommate's girlfriends tend to be far preferable to sketchy boyfriends, i have found.
plus girl roommates take forever and a day in the washroom. and if you have a landline, they'll make sure it is always busy.
boy roommates are awesome.

those pretzel rolls are also really awesome. i am definitely going to have to give those a go! (make pretzels is on my list of things to accomplish this year)

I have a male roommate too... I always have, with the exception of living with my BFF for three months when she got kicked out of her apartment. My roomie loves sweets and spicy things, so he ends up sharing my food a lot. Be grateful yours doesn't: the other thing about male roommates is that they eat a lot!

i'll gladly take an entire batch of these and say to hell with my workout regimen! love it!

I totally agree! I've lived with a male roommate and it was purely platonic and awesome. He was tidy, and when he wasn't, I'd say something and it would be dealt with. He was one of the best roomies I've ever had!

And those rolls look good... They're on my list!

I totally agree with you, roommates dont have to be the same gender to get along! Some of my best roommates have been guys.

that's really what he said? most of the boys i know would have a hard time trying to keep things platonic with a girl who made them preztel rolls!

Great story and I'd much rather have a boy roommate than a girl. As a girl I totally admit that girls can be crazy! The pretzel rolls sound great.