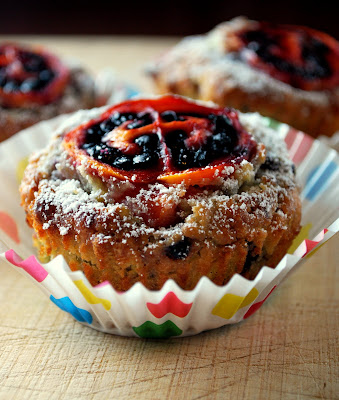 I am currently suffering from what must be a combination of the worst jet lag ever, sleep deprivation and all the gross germs picked up while on board 4 different airplanes. As much as I love traveling and seeing new places, there are certain things that I could do without, such as 36 hour journeys to get from one side of the world to the other and flight schedules that have me narrowly missing my plane and being the last person to board. And then there’s the repercussions of said schedule, like ending up in the sickly condition in which I currently exist. It’s not pleasant. But, back to the good bits of traveling; discovering new foods! 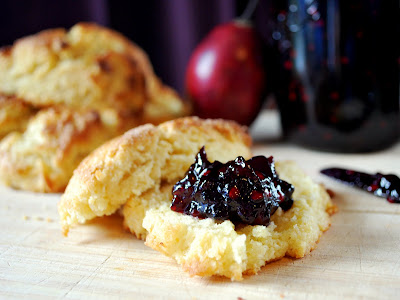 While in New Zealand I was always on the lookout for foods not normally found in my Canadian kitchen. One of the fruits that I discovered was tamarillos. They’re also known as tree tomatoes, however in 1967 the name was changed by the New Zealand Tree Tomatoes Promotions Council to distinguish it from garden tomatoes and to increase its exotic appeal. Tamarillos can be eaten like a kiwi fruit simply by scooping out the insides with a spoon, however, the skin and the fruit closest to it are bitter and should be avoided. The black seeds on the inside are edible, like those of a passion fruit. And the taste? My first bite made me think of gooseberries, red currants and plums. Tamarillos are quite tart and as such are good when baked up with a little sugar, but can also be used in savoury applications, like chutneys and relish. As is often the case with me, I went the sweet route and make tamarillo jelly as well as some tamarillo muffins. The jelly was especially easy to make as it was nothing more than tamarillos, sugar, lemon juice and a vanilla bean, cooked on the stove top for an hour and then bottled. Although at the price of tamarillos, unless you’ve got your own source, you may want to go the cheaper route and just make muffins… 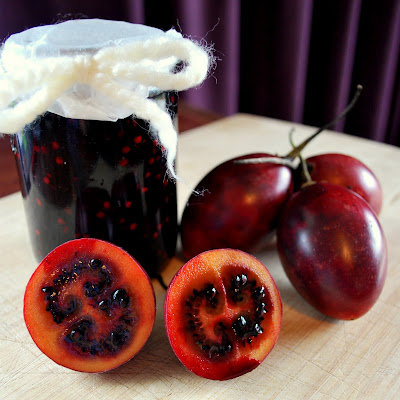 Preheat oven to 200C. Line and lightly grease 10-12 muffin cups.
Sift together sugar, flour and baking powder.
In another bowl, combine egg, milk, melted butter and vanilla.
Add liquid ingredients to dry ingredients and stir just to combine. Add chopped tamarillos.
Pour batter into muffin cups and top with a slice of tamarillo.
Bake 16-20 minutes or until a toothpick comes out clean when inserted into the centre of the muffins. 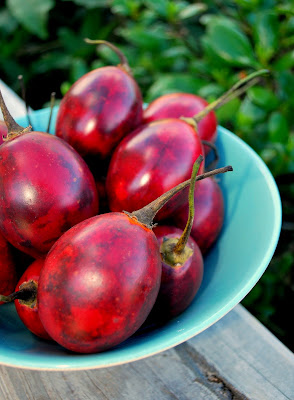 Labels: Baking, Fruit...sort of, Sweets of All Kinds

these look delicious! i am sure they are available here in s'pore, too, must track them down. tart and fruity is a combination I always enjoy!

They are so gorgeous!

How exotic! They're new to me, and I'd love to try them!

Love these! Thanks for the introduction!

What brilliant color these fruits have. Tart fruits are some of my favorites. Both the jam and muffins sound great. Sorry about the jet lag. I've definitely been there...

So funny, but we just encountered our first tamarillos as well here in Bali! My daughter is hooked, eating tamarillo ice cream and gelato every day.
Love you blog!
-E