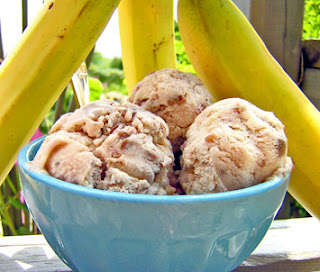 I’ve had family visiting all week, one of those family members being my 3 year old nephew Alex. The kid is a genius as far as I’m concerned and he’s my back up plan if finding a life sponsor fails. Dougie Howser has got nothing on this Alex, he’s going to be champion or president or king of something and I expect it to be happening soon. In the meantime however, he’s an inquisitive 3 year old who’s got answers for all of your questions. My brother thought it would be fun to put this theory to the test and began asking Alex some ‘What do you like more?’ questions. He thought the answers were pretty funny but they made me realize that I had some work to do if I had hopes of Alex sponsoring me. The questions were asked by my brother, the answer of Auntie Brilynn or the other was given by Alex and then the explanation is my own. 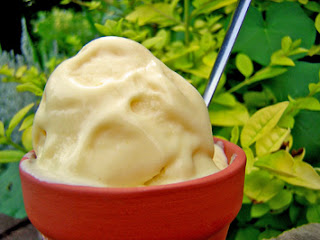 What do you like more… Dragon flies or Auntie Brilynn? Dragon flies. They’re dragons and they fly, can you do that? I didn’t think so.

What do you like more… Bear or Auntie Brilynn? Bear and Auntie Brilynn. I was surprised at this one, Bear is Alex’s favourite stuffed animal who knows all of Alex’s secrets. I felt very privileged to be on his level.

What do you like more… Bug Bites or Auntie Brilynn? Bug bites and Auntie Brilynn. Bug Bites are like animal crackers, but shaped like bugs, they’re a potent combo of snack and entertainment source rolled into one, perfect for car trips.

What do you like more… Mosquitoes or Auntie Brilynn? Auntie Brilynn. Those pesky mossies aren’t loved by anyone, especially an itchy 3 year old. 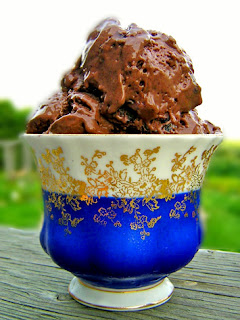 What do you like more… Ice cream or Auntie Brilynn? Ice cream. I can’t fault him for this, I think ice cream is a million times cooler than I am too. Not quite as clever perhaps, but certainly cooler. And tastier. And more wonderful in every possible way. Yes, ice cream trumps everything.

What do you like more… Spiders or Auntie Brilynn? Auntie Brilynn. I don’t think I had too much competition here, although had the question of been ants or Auntie Brilynn, I may have been in trouble. A little while earlier an ant had been crawling all over Alex and he just sat and watched it and laughed when it tickled him.

What do you like more… Kishu or Auntie Brilynn? Auntie Brilynn, because Kishu swats at me. I would like to defend Kishu (the cat) here and say she’s very nice but she doesn’t like strangers, children or loud noises and Alex tends to be all of those things rolled into one as far as she’s concerned.

What do you like more… Dump trucks or Auntie Brilynn? Dump trucks. Clearly dump trucks are much more interesting than I am. Alex has an obsession with garbage. Kids are funny. 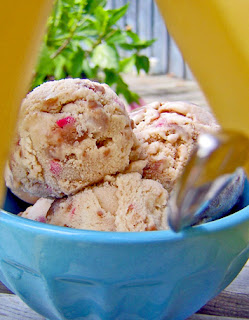 I’ve accepted the fact that there are some things I just can’t beat; like dump trucks and dragon flies. But it’s my hope that if I make enough ice cream, my nephew will learn to associate me with the ice cream so that if he’s ever asked again, what do you like more, ice cream or Auntie Brilynn, I’ll at least tie with ice cream. To enhance my odds of reaching the coolness level that ice cream has obtained, I decided to triple my chances by making three different ice creams: Unbelievably Good Chocolate Blueberry, Honey Peach, and Auntie Brilynn’s Maple Roasted Banana Brownie Ice Cream. The last one is clearly my own creation but the first two are from Dorie Greenspan and by making them I have now made all of the ice creams in Baking: From My Home to Yours. What this means is that I think Dorie needs to get to work writing an ice cream book. I’d be first in line to buy it and I know you’d all be right behind me. The last two of Dorie’s ice creams were fabulous. But as good as they were on their own, I discovered that they were even better swirled together. I know blueberry-chocolate-honey-peach may sound like somewhat of an odd fusion but it worked out spectacularly well. It wasn’t on purpose either, I just threw one scoop on top of the other in a bowl to eat as I made them both on the same day and discovered that the two flavours together were meant to be like apple and pie, rock and roll or Brilynn and A Life Sponsor. 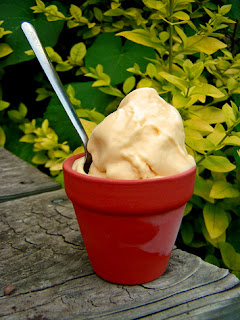 ½ pan of brownies, slightly underbaked and then frozen and cut into bits, (I used some raspberry, white and dark chocolate brownies for this, a modified Dorie recipe…) 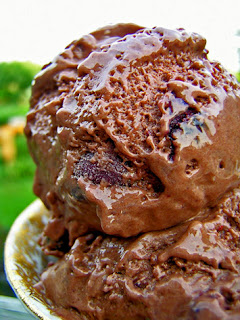 In a saucepan, combine the milk, cream, eggs, sugar and salt. Cook and stir over low heat until mixture thickens enough to coat the back of a wooden spoon. Remove from heat. Preheat the oven to broil. Lay the bananas on a baking sheet and coat with maple syrup. Put the tray into the oven and broil until the maple syrup bubbles and starts to brown. Remove from the oven. Combine the custard and bananas and blend until smooth. Place in the fridge until completely cool. Freeze according to ice cream machine instructions. Just before the end of the freezing process, mix in the brownies. 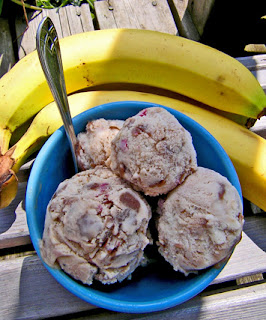 That ice cream looks amazing! Maple and bananas go so well together. Ooh, I'm definitely making this one. And oh, when we release our combined ice cream genius upon the world..!

Hilarious post! I think it's great that you beat out mosquitoes...but nothing beats a dump truck for little boys. The ice cream looks wonderful.

Great post...I like Alex a lot and those ice creams even better :)

WOW!!! Can you be my aunt! I will treasure you and take care of you always! :):) As long as you make ice cream!

Auntie Brilynn should feel free stop by with leftovers at my house ANY day :)

I had not noticed the honey peach one, will have to go and mark it!

I like Aunti Brilynn because she makes lots of sweet stuff for me :)

Alex is just adorable, Bri!
And he's lucky to have such a fun and sweet auntie.

You are truly the ice cream queen!!!

Wow, that is one amazing 3 year old. I would pick you as my favorite if you made me all of thsoe ice creams. They are insanely good looking.

You have my vote for best auntie:) Great ice cream post!