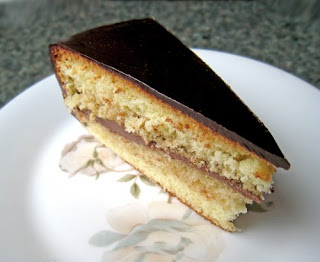 Indecisive. Uncertain. Fence sitter. You could probably use any of those words to describe me. My inability to choose between one thing or another is especially evident in the kitchen. For the most part people are either cooks or bakers but I seem to be planted firmly in the middle. At times I tend to lean toward the sweet side of things but I think it’s because working with pastry helps reduce my indecision. There are recipes to follow with baking, guidelines that not only should be followed, but must be followed if the product is to turn out properly. I don’t have to question whether or not baking powder should go into a certain batter, the recipe states that it belongs. Baking requires measuring, precision and accuracy because once a cake is in the oven there’s nothing you can do to fix the flavour if you didn’t combine the proper ingredients. That however, is also the downside of baking for me. If the cake I made turns out dry or not sweet enough, I can’t fix it once it’s been cut, layered and iced. That cake is always going to be dry and there’s never going to be enough sugar in it. When baking there’s no opportunity to pour in some more butter at the last second or to sprinkle on some sugar before serving.

With cooking on the other hand, you can taste and evaluate as you go along, noting immediately if a dish needs more salt and correcting it if there’s a little too much. There’s a lot more freedom in the savoury world to do what you want and try new things with a smaller chance of ruining an entire meal. That’s not to say it doesn’t happen. Some flavour combinations or cooking techniques simply don’t work the way you intended them to. Even when a dish turns out differently than you wanted it to though, it’s usually still salvageable, if not in its original form. Does that make cooking more enjoyable than baking? Not exactly. Just different. There I go again, waffling between sweet and savoury, unable to decide which is best or even to acutely define what it is I like and dislike about each of them.

Given my propensity for indecision, choosing what to make for dinner/dessert is never easy. So if you ask me to do this for you, please don’t be offended if it doesn’t happen immediately. It’s not that I don’t want to make you food, (quite the opposite in fact) I’m just overwhelmed by choice. While trying to figure out what to make I’ll open cupboards, look in the fridge and stare at ingredients for an inordinate amount of time. I’ll read blogs, food magazines and cookbooks for hours on end. It doesn’t mean anything will necessarily come together. At least not right away. Days or even weeks later when I’m cooking dinner or making a dessert I’ll remember seeing something and get a burst of inspiration to make it happen. That’s why I love to watch other people cook. I like to see their creativity come out as they mix textures and flavours together that I might not have thought of. I like to learn new techniques and I like to know why certain things work well together and others don’t. I file all of this information into my overstuffed brain, like a squirrel hiding nuts for the winter. I may not use the info right away, but down the road when I need it, it’s there. 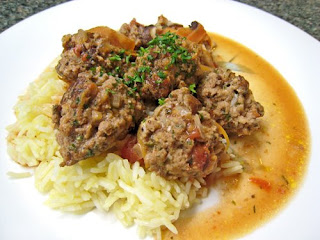 Sometimes all I need is a little push to get started and then the decisions come easy as the little nuggets of information that I’ve gathered from all over the place come together. The two plates pictured above are examples of that. The first is a basic genoise that I made using the recipe from the Tartine Bakery cookbook. I made it on a day that I felt like baking but was unsure of what to make, (oh that’s pretty much everyday). As I flipped through my cookbooks and saw the variety of cakes that could be made using a genoise, I remembered being told that I should know how to make a genoise in order to be successful in the pastry world. So I went about baking the cake exactly as written in the cookbook and low and behold it came out as it should have. Once the cake was baked it needed to be dressed up before it could be served and that’s where I left my cookbooks behind. I decided to split the cake and brush it with a Kahlua simple syrup before filling it with milk chocolate ganache and glazing it with dark chocolate. I don’t know why those decisions were so easy to make but I can only surmise that these were flavours I had been thinking about previously and they just knew to come to the surface at the right time.

The second plate pictured is filled with orange-rosemary scented rice topped with lamb meatballs in a tomato and wild mushroom sauce. The inspiration for making lamb meatballs came from the restaurant I work at where those are occasionally served. The problem is, I’ve never made them at the restaurant, I just like how they taste. Once I had it in my head though that I wanted lamb meatballs, it was only a matter of time before it actually happened. But even as I stood in my kitchen with ground lamb in a bowl, waiting for other ingredients to be added, I wasn’t sure what to put in. Without the safety of a recipe like when making my genoise, I was left on my own to figure out what would go into my lamb meatballs. I was left on my own to make decisions. Nothing was measured and I couldn’t recreate the dish in the same way if I tried. I just started adding things to the bowl of ground lamb and a few minutes later I was frying up a bit of the mixture to taste and see if it needed anything else. It did, so I kept adding to the bowl until I was happy with the results. Once I had my meatballs I needed a sauce. Without knowing exactly where I was headed, the sauce was made in the same manner. I kept chopping, tossing and pouring ingredients into a pan until it looked and tasted the way I thought it should.

Two dishes: one sweet the other savoury, one with a recipe the other without. Both made in my kitchen by my own hands and both satisfying some urge I had to make something. So do I like baking or cooking more? I still don’t know. In my mind a choice like that is akin to asking which child you like best. Can’t I love them equally?

Huh? What was the question again? Sorry, I was distracted by that gloooorious cake. :) Anyway, I feel exactly the same way, though people tend to be impressed with patisserie more than my savory meals. Well, my meals aren't really extraordinary anyway :) And sugar has that effect on people :)

You could be called a lot of worse things. ;)
I think because so many people feel cooking is easier for some reason that they get more impressed with the baking stuff.

Of course you can! and rightly so. Both look wonderful. I especially loved the sounds of orange-rosemary scented rice. Have a great new year!

Who says you have to choose? I think...both! After all, you need both dinner and dessert, right?

Your food pictures look amazing! I’d love to know how your setup is when picturing your food.

All food is an expression. An art form that gives you freedom to showcase your feelings and desires. A great Chef understands and embraces both worlds of sweet and savoury.

I'm definitely a baker. Largely because I am a poor cook. Few of my savoury dishes ever turns out how I want or expect. If you can have both fantastic!!

I think if you can do both well (and you certainly do) then why not. Who said you have to choose? Live in the moment ...whether that moment is savory or sweet just enjoy it.