This Is What's Cooking 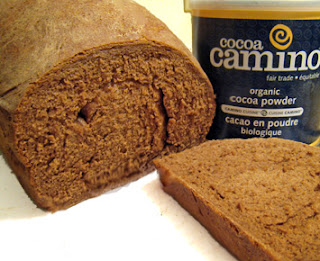 It always amazes me that anyone should have a difficult time buying me a present. Then again, it also amazes me that I’m not showered with presents on a daily basis. I’m sure there are enough cookbooks out there that I could get a new one everyday and never have any repeats. Sadly, I have come to the conclusion that other people don’t realize this. How else can you explain the fact that What’s Cooking: Baking, by Emma Patmore is the only cookbook I received for Christmas? Unbelievable, but true.

I suppose What’s Cooking should consider itself lucky to have been my one and only Christmas cookbook as it’s meant I’ve spent a copious amount of time getting to know it. Allow me to tell you a little about the book that claims to be a step by step collection of baked dishes. It certainly is an eclectic mix of recipes. Chapters are divided into Puddings & Pastries, Breads & Side Dishes, Vegetarian Baking, and Cakes and Cookies. As an added bonus every single recipe has a picture of the final product as well as step by step photos. The chapter on Vegetarian Baking somewhat baffles me as I think it should perhaps be renamed Vegan Baking. Regardless, it has both sweet and savoury recipes that call for predominantly whole wheat flour as opposed to all purpose. I have yet to attempt any recipes from that chapter. I have, however, tried out the Chocolate Bread, Cheese and Onion Pies and Oat and Raisin Cookies. 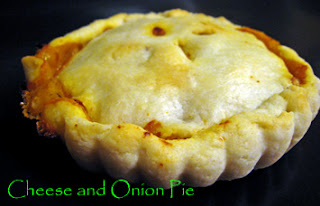 The Chocolate Bread gave off a wonderful aroma while baking but had a very subtle chocolate flavour and only a faint hint of sweetness. I baked it with the intent of making Chocolate French Toast and it was certainly good as such. It would also work for PB & J or PB & Banana sandwiches. 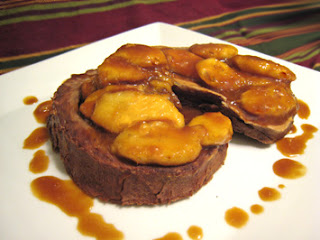 My favourite recipe of the three that I tried though, were the Oat and Raisin cookies. They were soft and chewy, homey and just plain good!

Final verdict? This book contains an interesting mixture of sweet and savoury baked goods. Some of the recipes seem like an odd choice, but hey, I’m a little weird myself, so I guess that’s alright. I’m actually curious to try out some of the vegan recipes as those are something that I’m not at all familiar with, but it’s going to be awfully hard for me not to throw in a handful of bacon. The photos of every recipe are certainly a bonus and the Oat and Raisin cookies are going to become a regular in my kitchen. 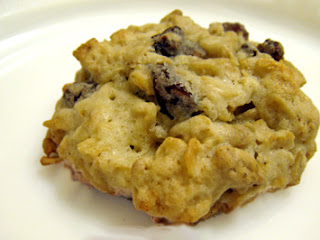 In a large mixing bowl, cream together the butter and sugar until light and fluffy.

Add the beaten egg gradually and beat until well combined.

Sift the flour, salt and baking powder into the creamed mixture. Mix well

Add the oats, raisins, sunflower seeds and mix together thoroughly.

Place spoonfuls of the mixture well apart on the prepared cookie sheets and flatten them slightly with the back of a spoon.

Bake the cookies in a preheated oven at 350F for 10-12 minutes, until lightly browned.

Transfer the cookies to a wire rack and cool completely before serving.

I second the pudding! With chocolate custard and chocolate chips of course ;) No to subtlety! Kidding.

I too am puzzled why people have a hard time buying a present... I think it has more to do with the fear of me having it already.

Even I got at least 5 cookbooks for Christmas. :P
It all looks good...and I agree that you should be showered with gifts on a daily basis.

hehehe I got afew christmas cookbooks.....

Most of my friends -- and even my husband -- are afraid to buy cookbooks for me, even though it's the one thing I really like to get. I guess maybe they think I have too many already!

Only one cookbook? The answer is easy. Everyone thought, "Oh, she'll get tons of cookbooks. I'll get her something different." This one looks like it's making up for the shortage.

Thanks for the cookie recipe--I like lots of raisins & the sunflower kernals is a new twist for me!

I didn't get a single cookbook for Christmas. So sad. The plus side there is that I head to my fellow bloggers and the net for inspiration!!!

Soft and chewy is my kind of oatmeal raisin cookie. I've been looking for a good recipe, and I love that this one makes a small batch. I'm going to hold onto it, but I'll probably use chopped walnuts instead of sunflower seeds. Don't know why...sunflower seeds just seem too "un-desserty" for cookies, even though that makes no sense! I only got 2 cookbooks for christmas, and I too was baffled:)

I made these oat and raisin cookies. They are fabulous! Thank you so much for sharing the recipe. My picky husband, who never liked oatmeal raisin cookies in his life, adores these and has made me promise to make them at least once a week. Thanks again!

Pretty effective data, thanks so much for your article.
games online